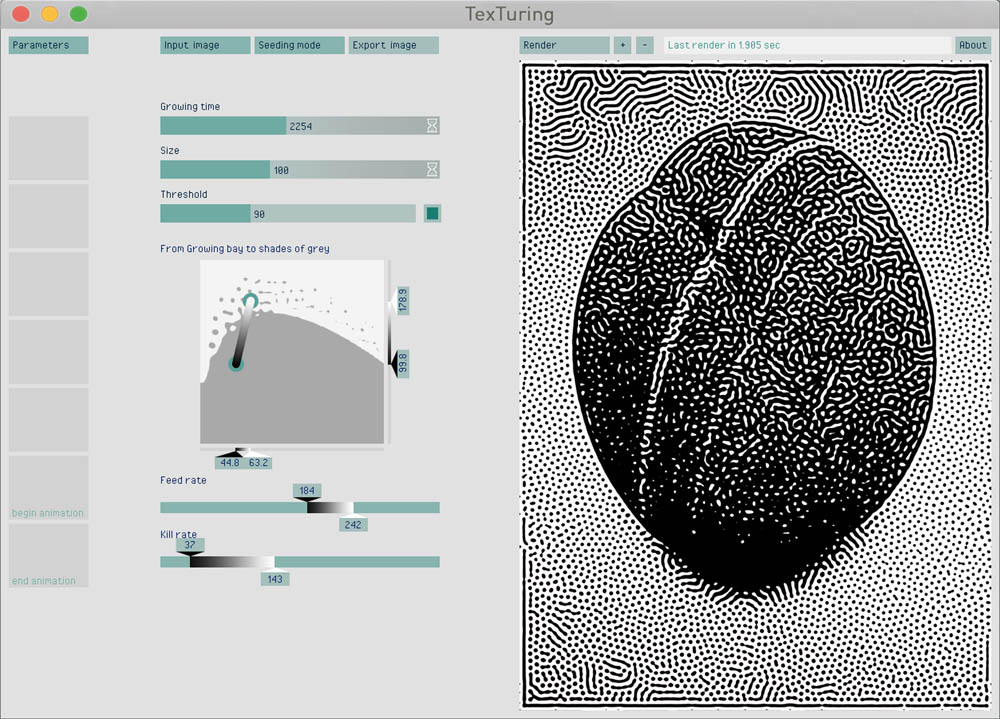 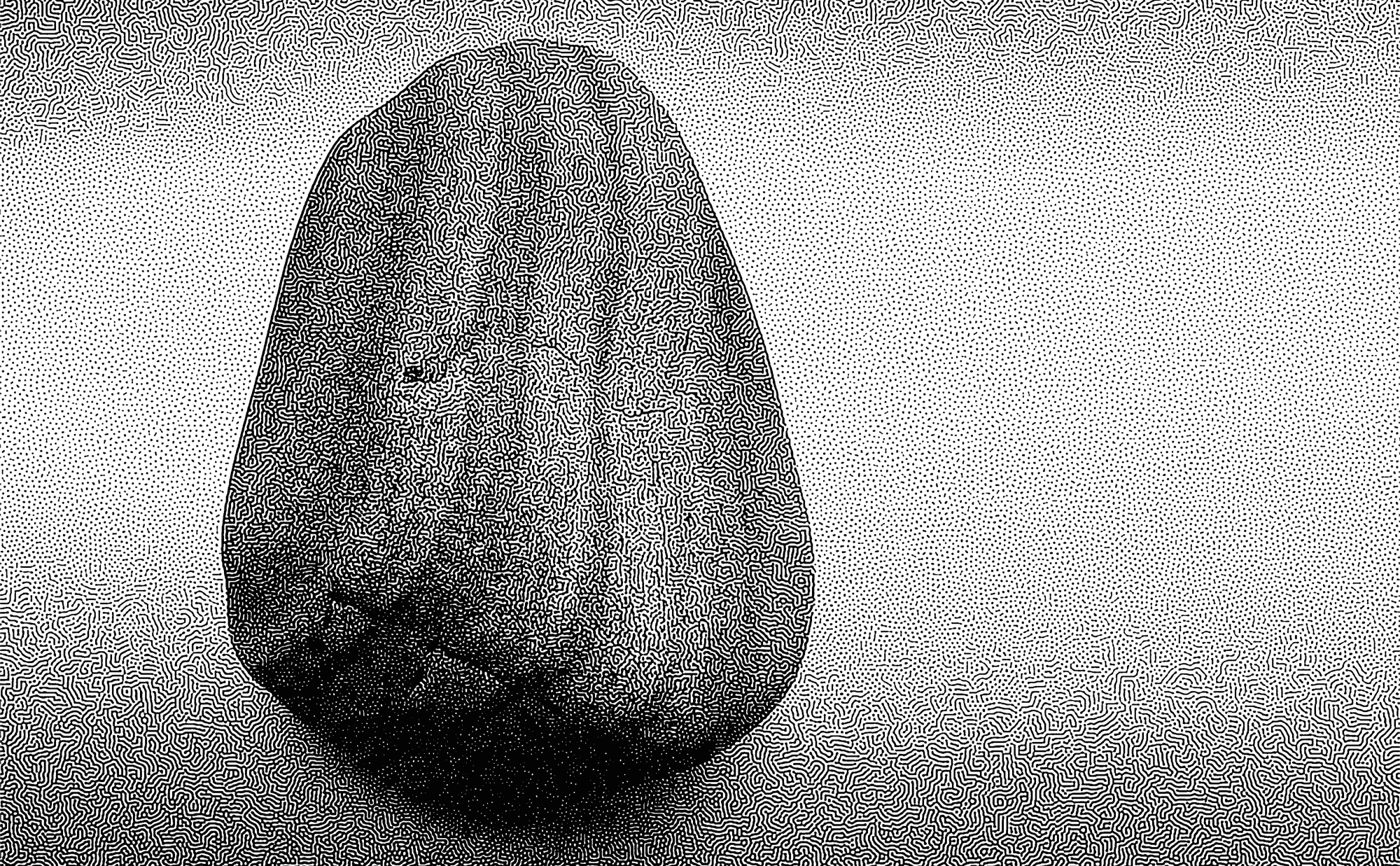 
All sources available on GitHub


TexTuring is a customizable dithering software that applies Turing patterns to images, rendering them in diverse organic shapes.

TexTuring software is built on the mathematical equations of ‘reaction-diffusion’ models, based on natural reactions found in geological, chemical and biological processes. Reaction-diffusion models are the key to understand the formation of many shapes and patterns in the natural world: coral morphology, skin pigmentation of tropical fish, spot distribution on feline fur...

With TexTuring, dithering shapes are not entirely even (e.g. halftone), but not entirely random either (e.g. stochastic dithering). Patterns organize themselves according to the particular details of the original image, but also depending on neighboring elements of the generated pattern. Depending on your settings, the dithering elements will only draw the outlines of a contrasted shape, associate specific patterns to each gray shade, or even generate entirely new shapes from the original image. 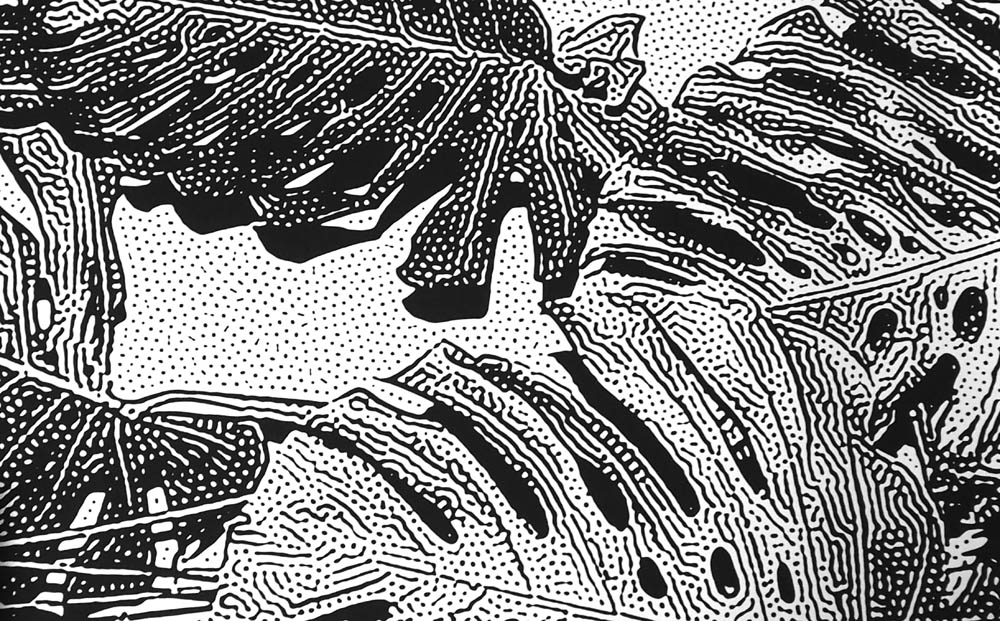 Among the options available on TexTuring, I want to highlight the possibility to control shape generation by adjusting several parameters at will. Thanks to sliders and a mini-map, it’s easy to set and change the values for the parameter variables and control the results. This way, you can adapt the dither rendering relatively to the original image with great precision.

One of the customizable parameters of the software is called “growing time”, and corresponds to the number of reaction-diffusion iterations. It affects the time of dithering construction; the higher its value, the more organized and regular the dithered image will look. With a high “growing time”, the dithered image will also be more faithful to the original image’s scales of grey.

The four other major parameters associate scales of grey in the original image with variables of the reaction-diffusion algorithm, allowing for an incredible number of combinations and variations. Shapes and patterns change a great deal depending on your choice of settings for each scale of grey. TexTuring dithers are unique every time !

The software interface integrates a preview feature: for every change of settings, you have real-time visual feedback. Using TexTuring becomes a visual exploration of the reaction-diffusion algorithm.

You can import and export your dithers easily with a special file format: ‘.texturing’. As these files contain your customized settings, you can save your favorite dithering effects, use them again on new images and share them! It is also possible to print a ‘preview specimen’ directly after saving a dither. This specimen will exhibit the name and content of your .texturing file, along with a visual example of its dither effect.